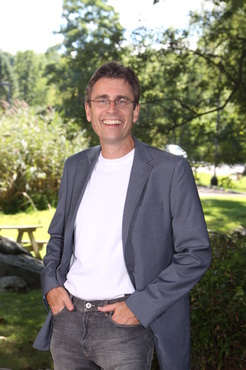 Born and raised in Sweden and educated at Lund University I, at age 29, moved to the U.S.
Working as an international banker for many years I stayed in the US for 28 years before returning back to Sweden in late 2015. Only to return back home in August 2018, settling down in Beacon, New York.

My passion to coach individuals to grow in their professional and personal lives and to support them when going through a transition, led me to helping them in ways that strengthens their focus, spirit and success, working towards the goals they set for themselves.

In my writing and when developing my characters I use my coaching experience to understand how thoughts, emotions and actions defines who we are.

In May 2017 I published a novel which will become part of a love and suspense story series, A Harry Anderson Mystery. This is the first entitled, “A Mindful Death.”

Although I did not pick up the pen to write until 2014, I have always been intrigued by the written word and find the craft a rewarding art form. I live with my characters, cheer for them and feel their happiness as I do for my clients who hire me as their coach. www.CoachLars.com


My Editor, Jay Spear, kindly said the following about my writing:

"No matter how exciting the possibilities of a story might seem, unless the actual writing of the book is properly done, it will not succeed. This is where Lars separates himself from most other writers. His prose is clear and precise. In reading his manuscript as his editor, he maintained my interest and imagination throughout. He gave life to his characters and kept this reader caring about them on a very personal level. I so wanted them to succeed and to fulfill their desires and needs for me and all the other readers who fall in love with Harry Anderson and the others."


"A Mindful Death" was released in May 2017 and the second of the series will return in 2019 with “A Swedish Chameleon.” It will first be available online here on my subscriber only page, allowing you, the reader, to interact with me and my editor througout the work. A printed version is planned for later this year (2019).

Follow and get updates on my work right here.

A Mindful Death (part 1 of A Harry Anderson Mystery)

The Story:
In the summer of 1944, a family from Perugia, Italy, finds itself in a desperate situation that will shape their lives for years to come. "A Mindful Death" takes a group of disparate people on a journey to New York at the end of World War II, via Marseille France.

The patriarch of the family has kept a secret for over seventy years until 2015, when he finally assures himself that it is safe to tell the whole story to Harry Anderson, a travel writer and photojournalist.

Harry, by chance, happens upon a photo of this family, with the word "arrivato" and the date July 17, 1945 inscribed on the back.

What unravels is a story of passion, honor, pride and two lovers who find joy and danger, when they arrive in Perugia, Italy. Here they locate the family member who kept the secret. With it came so much shame, regret and suspicion of betrayal, that it made him wish he would have ended it a long time ago.
(P
Harry learns that a lot more is buried in the past and the picture when he unknowingly put himself and his loved one in danger - something he could never have predicted.

"A Mindful Death" is available on-line in paper and e-book format.


​
A Swedish Chameleon (part 2 of A Harry Anderson Mystery - due out in 2019)
This is what Harry Anderson comes across when deciding to look for his Swedish roots. Little does he know it will reveal a violent and criminal past and present. He wishes he hadn't traveled to Sweden. With Maria by his side he is trying to leave the past behind for good...but by leaving no stone unturned he enters a world of corruption, money laundering, human trafficking, and right wing zealots. A family and country he never thought were anything like what he discovers them to be...risking his and Maria's life, to find out more.

The story that unfolds ends up being his most personal and dangerous journalistic endeavor.

The Story:
In 2015 crime is on the rise.  Drugs, and weapons available and easy to smuggle into the country. Several city neighborhoods in Malmö, the third largest city in Sweden, located in the southern part, just across the sound from Copenhagen, Denmark, are run and controlled by criminal elements; stigmatization and social exclusion widespread; restaurants and businesses used as meeting places or as storage facilities for narcotics and stolen goods. Everything from furniture, alcohol and tobacco controlled, creating a black market. The merchants in the neighborhoods must buy from the gangs either by necessity or by force.

Threats to the owners and family members of these merchants and the police trying to protect them, occur. As a result, the police have given up patrolling in fear of being attacked or having their families threatened. Instead these areas are controlled and run by gangs, criminals, drug dealers and weapon smugglers, part of and forming the core of the Swedish Mafia.

The bridge connecting the city of Malmö, Sweden with the larger cosmopolitan city of Copenhagen, Denmark, allows legit businesses on both borders to flourish. It also carries illegal immigration and flow of drugs & weapons into Sweden, with quick money to be made.

It has created a “new economy” with no regulatory restrictions and no juridical security for the victims. Likewise there's a great interest for Swedish Passports at prices starting at $12,000 with no upper limit, acquired by desperate illegal immigrants and refugees seeking to buy a future in Sweden. Because of their dependency on the smugglers bringing them in, the liability they incur can solely be paid back by becoming caught up in the unlawful interests of their “protectors”.

Darknet, and Bitcoin to pay for drugs, weapon, human trafficking or murder for hire services, has created an online market place hidden from regulators and authorities, making it a perfect cover for dealing in illegal businesses with only limited need to face your suppliers or buyers.

LINKS:
Word|Photo|Art™ - "A Photo is a well thought out composition. Add Words and you have a piece of Art."
CoachLars - Get Ready 4 Change
​​A Swedish Chameleon - To be available online on a subscriber only page over the next 6-8 months prior to a late year print version release (2019). To sign up please click here to send me an email, and I will make the subscriber only page available to you.